Be a Smarter Computer User 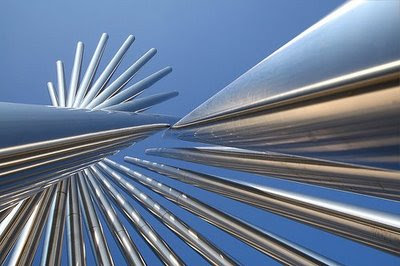 Photo by Erica Marhshall- Muddyboots.org
Today, we have Guest Blogger Sam Kleinman giving us the in's and out's of how to do better what we do on computers. Something we can all use a little help with!

Desktop computing, and (relatively) economical technology (not to mention high speed Internet connections) are ubiquitous in the world today. But if computers themselves are a given, how we use them is less of a given. In this post, I hope to go through a few (hopefully non-obvious) things you can do to be a more efficient and effective computer user.

Learn short-cut keys if you don't already know them
While we've been using pointing devices (mice) with our computers for 25 years, the truth is that, keyboard based interfaces are more efficient and ergonomic, and most programs provide a host of key bindings that you can learn as you work, so that you don't have to reach for the mouse. Control-C and (command-c on OS X) control-v (command-v) to paste. Alt-Tab (command-tab on OS X) to cycle between open applications, and so forth. There are even desktop environments and editors that avoid the use the mouse very minimally, if you find you like this kind of interface.

Command Lines
An evolution of the above point, but there are an increasing number of text-based interfaces for communicating with your software. The address bar in Firefox, programs like Launchy, Quicksilver (OS X), and traditional console environments give you a powerful text-based interaction method that can save you time.

Develop a Backup Strategy
Whatever you're doing on your computer is important, and the fact is that computer storage methods aren't permanent. Drives fail for many different reasons (electrical, mechanical, age, etc.) and data can be lost. Backup strategies should include provisions for a few contingencies. Basic backup logic recommends protecting against drive failure (with disk arrays, multiple copies, etc.) and catastrophic environmental situations (earthquake, flood, and theft) with off-site backups. In any case, your backup strategy should be tailored to the kind of data and how you use this data.

Use Open Computing Practices
When possible use open systems, and open data storage techniques so that your data will be accessible and useful in the long term. While I enjoy GNU/Linux systems and would love to recommend that you give it a try, what I mean here is that you should save your data in formats, and use software that is freely available. In addition to plain text (.txt) Try Open Office, but also use plain text derived formats like "rich text format" (RTF) for textual documents, and CSV (comma separated values) for tabular (spreadsheet) data. These formats are universal, and will be readable on nearly any system with nearly any software.

Outsource When Possible
Your time is valuable. There are some computing tasks that are defiantly worth paying someone else to for their skill and knowledge. Graphic design work, is almost always worth paying a pro for: the software is highly technical, and amateurish work always looks it. Similarly, I think most networking tasks (setting up networks, wiring, etc.) is worth letting someone else figure out.

Less is More: Hardware
The "netbook" phenomena (very small,moderately/low powered laptops) has shown us that for most of our computing tasks we don't need very powerful computers. While there are some hardware that will greatly improve performance (RAM, display quality/size), most features in computers these days aren't the kind of thing that you're likely to need in daily use. Get an extra gigabyte of ram (or two), and a bigger display because these are features that will matter to you moving forward, but the chances are you won't really benefit from the second processor-core, and beyond a certain point additional storage shouldn't be located in your machine anyway (see above, regarding backups).

Less is More: Software
There are thousands of very cool, very problem/task specific applications out there, and many of them won't help you work more effectively. Try new software, and experiment, but be skeptical of new programs: they add complexity and take system resources. Make sure that any benefit that a new program offers is worth the cost. Also, consider regularly auditing the software you use, and don't keep around software that you no longer use.

Less is More: Organization
I, and I suspect many other people, am tempted to name files creatively, and organize them into complicated hierarchies of folders/directories. This is an unproductive impulse as it makes things hard to find later. To combat this: name files so you can tell exactly what's in the file by the title. File names should include: draft information, title, file type (notes, draft, references, part information). File names should also (generally) include only lowercase characters and either hyphens `-` or underscores `_` rather than spaces, and information should be arranged from least to greatest specificity. Similarly, once you establish folders/directories for a series of "domains" or projects (eg. marketing, blogging, correspondence, references, etc.) don't create sub-folders below this level.

Think about the Future.
If you're naming files, or buying a new system, my general advice is that you think about the future in the longer term. Consider if your file organization is going suit your needs in six months, a year, or five years. Think about the developing needs of your organization and what kind of technical projects you currently have and are likely to have when you're by a computer. Support all technological practices with experiments: keep records of how you've used computers, of places where you need something that you don't have, times when you've lost, or been unable to find data, so that when you adapt your computer usage later, you'll be ready.

Sam Kleinman is a technologist and "open source futurist," who thinks and consults on issues of information management, human/computer (cyborg) interaction, and strategies in cyber-cultures and spaces. He writes as *tycho garen,* and maintains the blog tychoish.com where you can find more of his ideas about technology, open source software, and other minutia. He is also a science fiction writer, knitter, and Morris Dancer.
at March 21, 2009 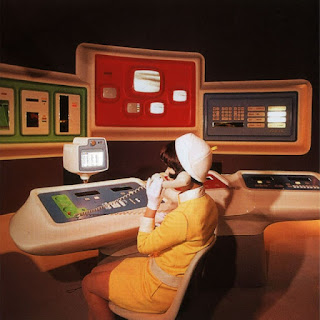 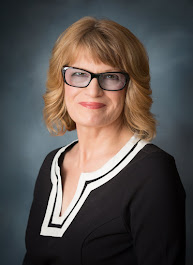